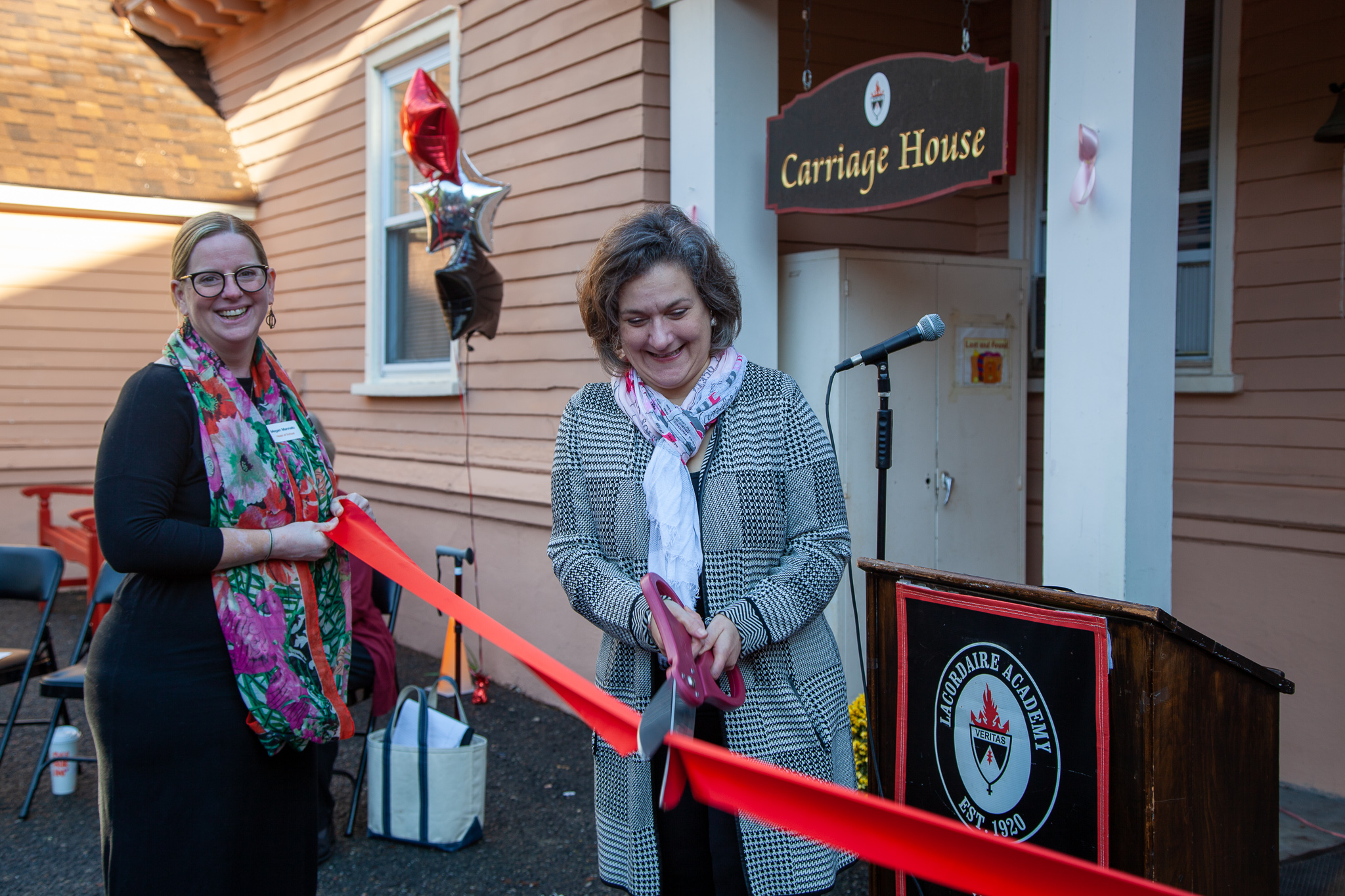 On Friday, October 14, 2022, Lacordaire Academy unveiled three brand-new, state-of-the-art science labs in Lacordaire Hall: one of the Academy’s three main campus buildings. The new labs were made possible by a leading gift from Lacordaire’s Board Chair, Christine James, OPA ‘83, ‘87, in addition to funding from the E.J. Grassmann Trust, Hyde & Watson, the Investors Foundation, the McMullen Family Foundation, and the Nicholas Martini Foundation.

With a student to teacher ratio of 12:1 or less, every student at Lacordaire benefits from the school’s exploratory, hands-on STEAM (Science, Technology, Engineering, Arts, and Math) curriculum, which challenges and engages learners to develop critical life skills such as global awareness, leadership, confidence, teamwork, and strong presentation and reasoning abilities.

“We teach science not as a collection of facts, but as a way to understand the world. That critical thinking transfers to every part of a student’s life.” says Dr. Jennifer Zinman, Lacordaire’s Science & Math Department Chair. “The new labs provide space for the students to experiment, test, evaluate, and draw conclusions and explanations.”

A dedication and ribbon cutting ceremony was held on October 14th honoring the three individuals that the new labs are named after: The James Family, the Lee Family (named for the late Jennifer Lee, a former Lacordaire student) and the late Dr. Bill Probst, a beloved Lacordaire science teacher. Sister Jeanne Goyette, OP, of the Sisters of St. Dominic of Caldwell, led the community in blessing the new labs. Over 30 guests attended the ribbon cutting ceremony and received tours of the new facilities.

“While the physical space of our labs was untouched for many years, our science program has still flourished under our amazing faculty. However, we have always known we could have an even brighter future in science should we have the resources,” says Megan Mannato, Lacordaire’s Head of School. “So, thanks to our many generous individual donors, foundations who awarded us grants, and supporters in our Lacordaire community, we are now able to unveil our three brand new labs!”