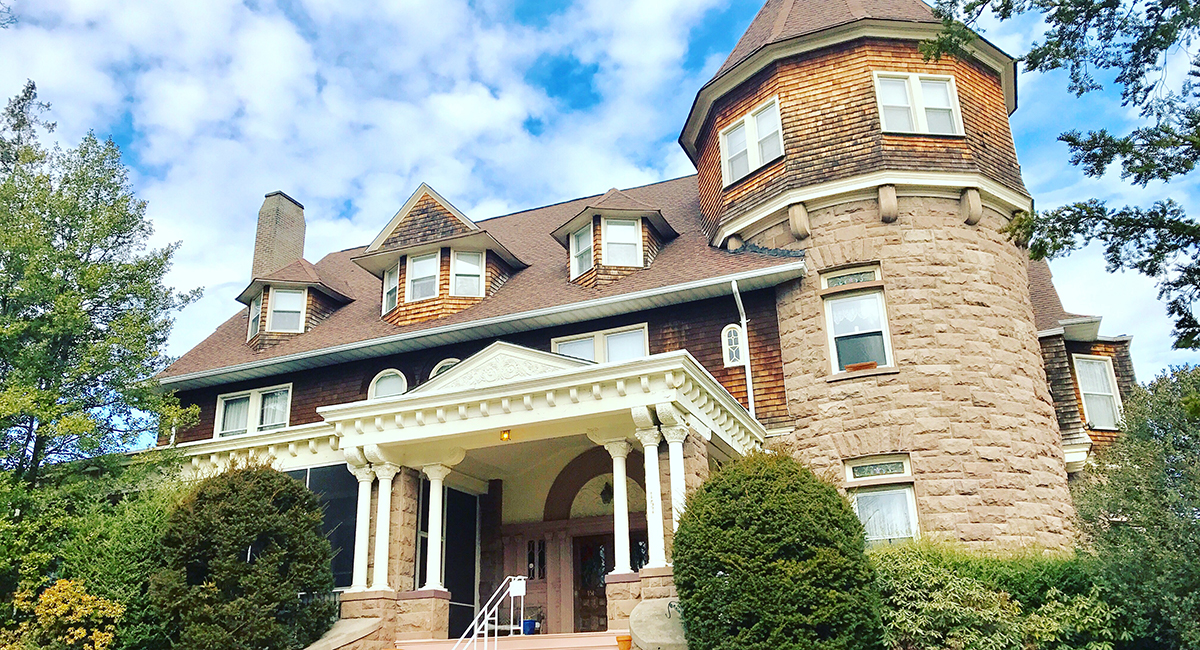 Lacordaire Academy is an independent, college preparatory school rooted in the Dominican tradition serving a diverse student body, coed Pre-K-8 and young women in grades 9-12. A challenging curriculum combines academics, athletics, appreciation of the arts and community service to empower students to develop their own gifts and talents. We accomplish our mission by working in a collaborative manner engaging the entire Lacordaire community.

The land and its buildings were acquired by the Sisters of St. Dominic of Caldwell, NJ, who proceeded to open a selective French-English school for girls in the main house under the name Lacordaire School on September 15, 1920. The convent was a private residence, and the Carriage House, was as its name suggests, where carriages and horses were kept. Once the sisters moved in, a priest who served as chaplain lived upstairs in the Carriage House opposite the former hayloft. The school was named in honor of Pere Henri Lacordaire, a 19th century Dominican priest, educator and member of the Academie Française.

On September 15, 1920, Sister Concepta, the principal, Sister Aloysius, the high school teacher, and Sister Andrea, the grade school teacher, welcomed their first two students. By September 1923, the combined registration in the grade school and high school, known as the Lower and Upper Schools, was 30 students. As the student population grew, core classes were held in the convent while music, physical education, art and theatre were taught in the Carriage House. In the late 1940’s, through the generous gift of an alumna, an addition was built onto the Carriage House to create additional classrooms.

By 1958, Lacordaire had a total of 132 students in the Upper School and had outgrown the original mansion of the estate. That year, a request was made to the leadership of the Sisters of Saint Dominic to raise money for a new Upper School building. On September 5, 1961, the cornerstone for a new building was laid and dedicated.

By the late 1970’s the Elementary school had become co-ed from pre-k through grade eight. In 1974, the name of the school was changed to Lacordaire Academy, with a separate Secondary and Elementary Division. Over the years, the two divisions had separate leadership and operated apart from each other.

In 2009, Lacordaire Academy was accredited as a single Academy with a new Head of School presiding over the entire academy. Today, Lacordaire operates as a single academy with approximately 240 students. Upper School classes are held primarily in Lacordaire Hall, and most of the Lower/Middle School classes are held in the Carriage House. However, students share the entire campus and its facilities.